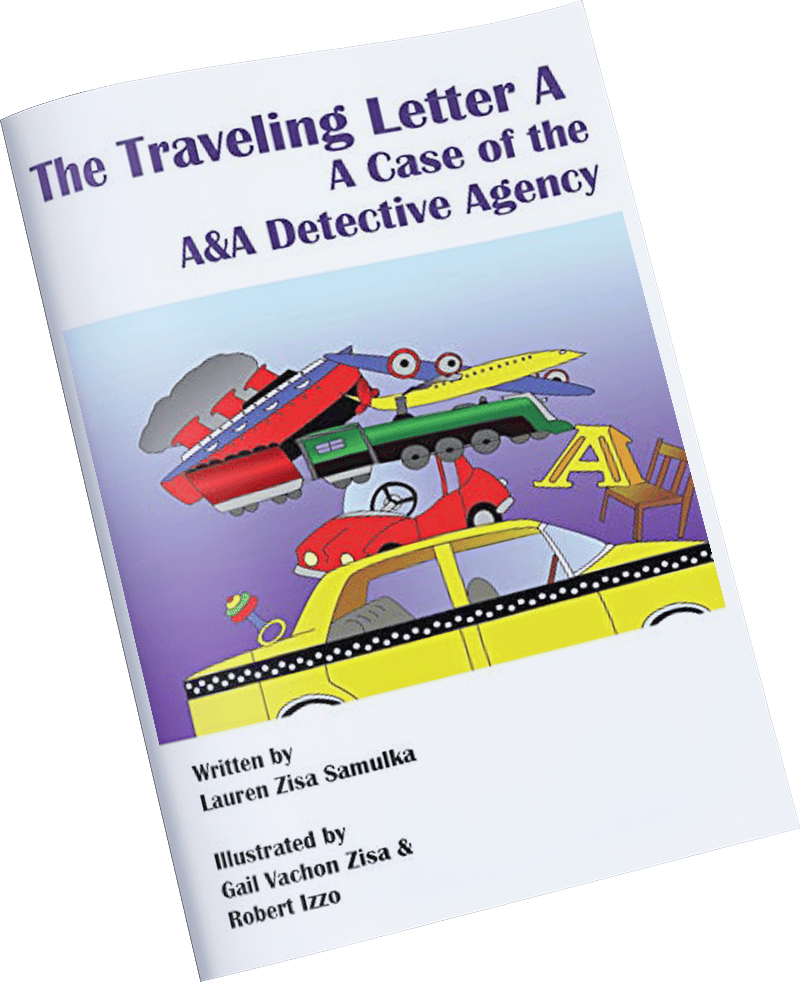 The Traveling Letter A:

A Case of the A&A Detective Agency

Take an Alphabet Adventure with Alex and Abby of the A&A Detective Agency. The young detectives are called to action when objects with the letter A begin disappearing all over Liter-A-City.
The Alphabet Reserve is left with only 25 letters. Who took the letter A? Was it Captain Consonant? Rex the Reader? Or could it be the Vowel Villain?
Join them as they discover who stole the letter A and where it is hidden. While they rush around; cars, taxis, planes and more are disappearing in front of their eyes.
Will they find the letter A in time to save Liter-A-City?
Engaging storybooks that use attention-grabbing print (aka salient print) have rhymes and alliteration and spark interest in learning about letters are certainly ones worth reading! And, it just so happens that The Traveling Letter A uniquely includes these early literacy components!
Scanlon Speech Therapy
I enjoyed reading “The Traveling Letter A: A Case of the A&A Detective Agency” by Mrs. Lauren Zisa Samulka, and illustrated by Gail Vachon Zisa and Robert Izzo and I felt this was an interesting and captivating story for children ...
Five Stars
I felt this is an intriguing and exciting story for children with magical events told at a fast pace perfect for small children to keep them entertained and to educate them in a very enjoyable way. I also...
Bruce Miller, Team Golfwell